Showing posts from August, 2015
Show all

The battle of July... 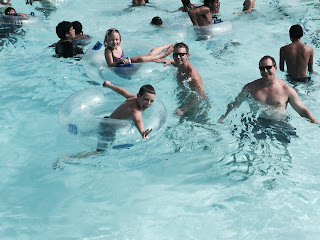 So I just came out of a whirlwind of a near fantasy month. So amazing it is difficult to describe.      It began with the celebration of our freedom on Independence day weekend.  How can one not rejoice in a time as such. With everything going on in America many have lost hope, but hopelessness is not  what our nation was built upon. As Bono of U2 stated, America is not a country it is an idea. The definition of an idea is "a thought or suggestion as to a possible course of action" or "the aim of purpose". It is ever evolving and whether you believe it or not we do maintain a certain level of control within the shaping of that idea. One thing we have to remember is that media thrives on the negative because they want ratings. They will use images and sounds to paint a picture to portray to the minds of the world in a way they feel will draw more people in and increase their ratings. Kind of sick, I know. But there is also so much good progress happening right
Post a Comment
Read more
More posts