Showing posts from February, 2012
Show all

February 26, 2012
So last Thursday kicked off the Alpha Summit 2012  at Gateway Church . To me, personally, this is more than just an annual conference. I was raised in the church and was on fire as a youth. I went to Peru doing missions and was all about sharing the gospel message and introducing others to Christ our Lord. Then as much a cliché as it is; I went wayward as the prodigal son had centuries before me. However, it was on May 15, 2009 (during the first Alpha Summit conference) when Pastor Robert Morris  spoke, that I surrendered my life to the Lord. I decided that evening to stop smoking, stop living out actions of sexual immorality, surrender my pride, and die to self. It was the most important evening of the last fifteen years of my life. I have grown much since then and fallen at times as well.      In the last couple weeks I have picked myself up and brushed myself of and I am on the journey once again. Then came Alpha Summit. An anniversary or birthday even of the day I surrendere
1 comment
Location: 652 Hallelujah Trail, Keller, TX 76248, USA
Read more

February 19, 2012
So yesterday after church I checked my phone to discover a text from a friend who was very near and asked to meet for coffee. I called and we worked out the details to meet at a nearby Starbucks. It was a great time of fellowship and I got to meet someone new as well! However, this time of fellowship was gregarious victory and not an error, so on to the point.      As we were walking out there was a woman standing outside her vehicle with arms full of several coffee travelers  and pastries. She said, "I could use a good deed about now!" I responded by running over to assist her by first getting the door, except it was locked. I took a coffee traveler from her so she could get to her keys. She proceeded to unlock her vehicle and I opened the door. At that moment a woman came out of Starbucks saying, "That is my car! That is my car!" I turned thinking it was a friend of the woman I was assisting and she just could not see her friend. But, again she said "T
2 comments
Location: LGI Homes - Chisholm Springs, 115 Cattlemans Creek Road, Newark
Read more

The apathetic cultivation of wisdom... 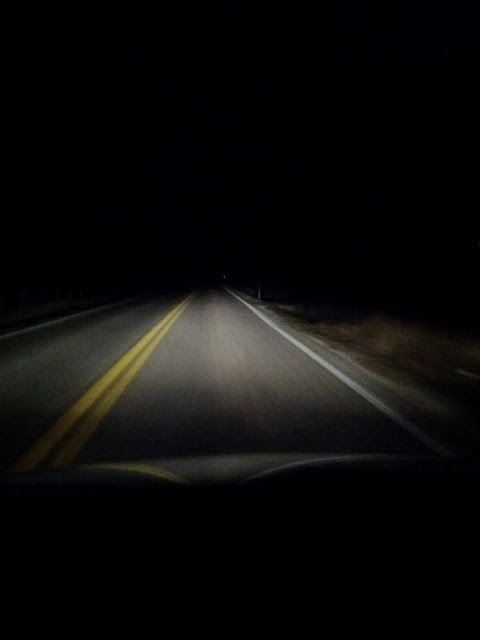 I believe at times (well I know for me anyways) we gain wisdom from experience yet we fail to apply that wisdom to our lives. This results in us making the same mistakes or going down the same roads we have gone down time and time again. Even if it is a road we must frequent we should learn the road and be able to avoid the ditches or any other form of an accident. God speaks to me often through regular physical things on this earth. He created the world so does it not make sense that there are specific parallels with this physical realm and the Spiritual?      Saturday evening I went with a friend to get food and when we got back to the house we realized the order was incorrect. I drove back to the establishment to right the wrong. During this drive I was having a conversation with Jesus when He began to speak to me about being a doer ( James 1:23 ). Through my life I have experienced many things and learned tons of valuable lessons. However for decades I would repeatedly mak
Post a Comment
Location: Gateway Church NRH Campus, 700 Blessed Way, Southlake
Read more

February 13, 2012
So the last couple weeks had been difficult for me. I felt a lot of pain and heartache. But God is faithful! This weekend during worship at church God was speaking so clearly to me. Luckily I could hear Him over the sobbing LOL I am grateful for how loud it is whereas I was literally on my face crying out to God. In that moment I felt like David in some of the Psalms when he is so over it all he simply screams out for God. Then a surprising event occurred when the message from Pastor Jimmy Evans was on David. Aside from that subtle confirmation God reiterated some things He had been trying to get me to hear for a couple weeks. First, he reaffirmed His faithfulness. He was telling me to let go of things and trust in Him. He reminded me that I never  walk alone and He is always  with me. It was comforting. In that moment I could feel the hand of God reaching deep down into my soul and pulling the roots out. It was painful (as it always is) but I know the end result is freedom I have
Post a Comment
Location: LGI Homes - Chisholm Springs, 115 Cattlemans Creek Road, Newark
Read more

February 10, 2012
The removal of weeds within my soul is a painful thing, but ever so worth the freedom it brings and the healing that follows. Progressive sanctification is such a beautiful thing. There are many different ways people reference this work of the Lord. The "peeling of layers like an onion" and "softening the heart and removing scar tissue" to name a couple; in this case I am using the analogy of removing weeds from our lives. Just as in the physical realm when you takeover a rental property that was not maintained you will not eliminate all  weeds in one attempt without further damaging the lawn. My soul was full of overgrown weeds and other garbage because rather than stewarding my body, soul, and Spirit as a gift I treated them all more like a rental property for a number of years. In the same way God will not remove every weed in our life at once whereas we would likely not survive such an action from such a glorious being. He will remove some weeds from our so
Post a Comment
Location: Rhome, Rhome
Read more

February 08, 2012
Last night at VII  Pastor Stephen spoke on deceit. A powerful message...      I would like to think of myself as a man of integrity and actually would pride myself on my integrity. However, as you can likely tell from my recent posts I have struggled with some sin over the last few months. I rationalized my blogging about my struggles as my "confession". The thing was I was being disobedient whereas I clearly heard God telling me to go to pastoral leadership to confess these things. I had avoided it by going to other leaders in the church. Well today I finally did it! I actually confessed it all to two pastors and last night to other leadership in the church and I have to tell you James 5:16 is in full effect. I am hundreds of pounds lighter. In fact just two hours before I began writing this someone at church came up and said, "you look great!". He then went on to tell me he could tell something was not right in my heart and I was struggling the last time h
2 comments
Location: Gateway Church, 700 Blessed Way, Southlake
Read more

February 06, 2012
Many decisions we make have an eternal impact upon our lives and the lives of our children (our legacy) whether good or bad. "We will reap what we sow" - Galatians 6:7b " for I the Lord your God am a jealous God, visiting the iniquity of the fathers on the children to the third and the fourth generation of those who hate me," - Exodus 20:5b      Making a decision is a cognitive process which results in a choice.  Progression in life (maturity and growth) is directly correlated with our daily choices. Our choices also control our attitudes which impacts our behaviors. Our choices also impact those in our lives. I have just gone through a season of making poor choices. Falling victim to temptation in areas I had previously conquered. Self condemnation is an easy thing to fall victim of after these setbacks, as well as guilt of how we affected others as a result of our sin. I myself was falling into both pits when God, through friends of mine, reminded
2 comments
Location: State Highway 114, Rhome, TX 76078, USA
Read more
More posts