September 02, 2008
that must have been the feeling of many of the residents of New Orleans as they got shipped out of their, homes, neighborhoods, and cities for the second time in a matter a just a few years. But, we can say everything held up and the storms more southern path made things much less pervasive to the cities levy systems and flood zones. Let us just hope and pray that the newly developing storms will not build into destructive giants terrorizing all in their paths.

With that being said I am personally looking forward to the possibility of some storms here that will bring us more rain (and hopefully cool us back off after we have been creeping back into the high 90's and close to triple digits again).

As you can see here it should not be long before we get some wind/rain from this Gustav fellow! I am hoping by lunch time I am watching the rain come down from my desk. 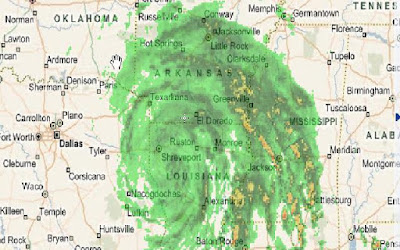 P.S.- You can see Gustav is quickly moving further inland...this satellite image is only two hours beyond the previous one. 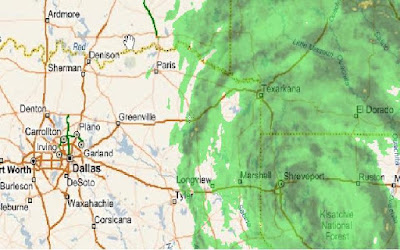 P.P.S. - Let us pray that Hanna, Ike, and the potential for (Josephine) find other paths to take to avoid the damage seen in the Caribbeans and our Gulf Coast! 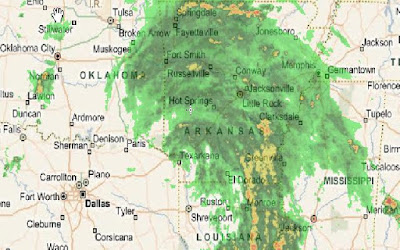 January 01, 2010
Let me start by telling any and all readers happy new year. So December was a truly rocky month for me emotionally, spiritually, physically, psychologically, and physiologically. What? You think I am a mess? Well, we all are if you want to be honest with yourself. One thing I can say is that over the last year I have made huge strides to being more healthy in all the aforementioned areas and I am. However, life is a continual process of progressive sanctification and I am aware of that. I know that at this time last year and especially just 18 months ago I was doing drugs, getting drunk often, and very promiscuous to top it all off. Well, thankfully I can say those  days are behind me, but now time to work on resolving other problems...again this growth should be  progressive.  This brings me to an issue with which I have gotten much better than I was, say fifteen years ago yet still need some work in this area. Whereas my impetuous behaviors are typically good and work to better my
Read more